Why is my Cat Aggressive and What Should I do? 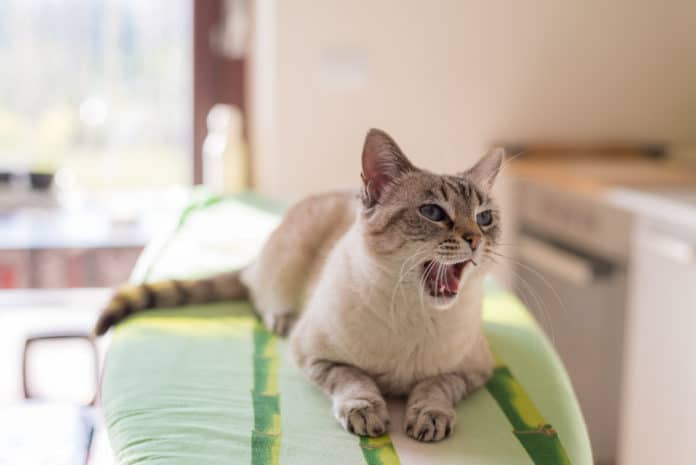 Cats are often considered to be one of the friendliest animals around. They’re sweet, loving, and make great companions. But did you know that cats can also be quite aggressive? In fact, cat aggression is actually quite common. So why do cats become aggressive, and what can you do about it? Let’s take a look.

Cats can become aggressive for any number of reasons, and even if the aggressive display only happens occasionally or suddenly, it can seriously impact the relationship that owners have with their cats. Have you ever had your cat attack you out of nowhere?! It happens to the best of us.

In this article we look at the types of aggression that you can find in cats and also provide cat owners with a few tips that will help them manage their feline’s aggression. Unfortunately it’s not a one size fits all solution, as most of you may know, all cats have unique personalities and solving their aggression problem may be a slightly different scenario depending on the cat involved.

What is aggression in cats all about?

Aggression is a type of behavior exhibited by cats that is meant to warn or threaten other animals or people. In short, aggression is one of the ways that cats communicate with others. 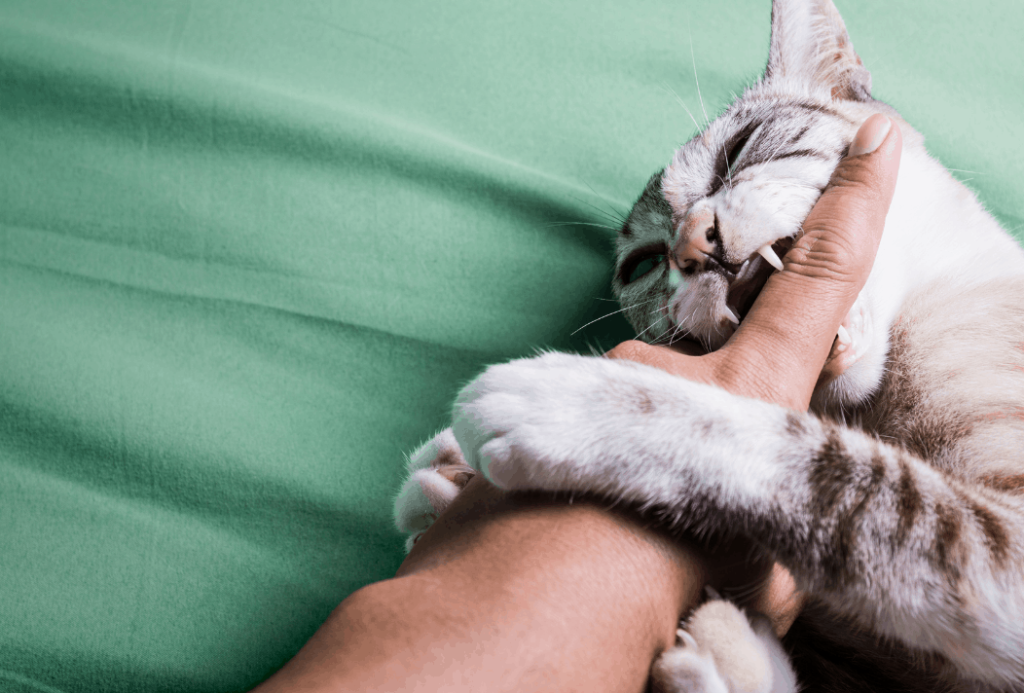 Your cat’s aggression may be in defense of territory or offspring, in an attack stance, or the aggression can be fear-based. In some cases, it can take hours or even days before a cat relaxes again after a bout of aggression. Felines are very sensitive creatures!

When a cat is exhibiting aggressive behavior, he may growl, yowl, or hiss at the subject. The hair on his neck may stand on end and his tail may appear puffy. 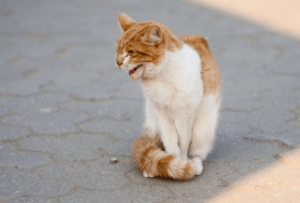 Most aggressive cats keep their tail on the ground, and while fearful cats tuck their tails under them, others might swish their tails back and forth in a quick manner.

Ears may rotate backward slightly or may be pulled back and down against the head. 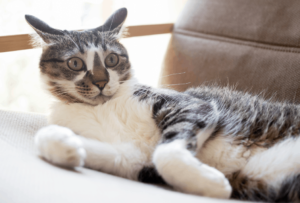 A cat’s body may be turned sideways so that they appear physically bigger, and aggressive cats in attack mode will try to swat and scratch with their front paws. They may also try to bite the subject. 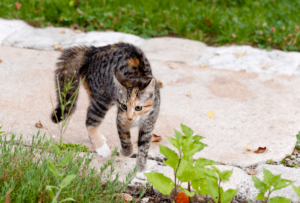 Cats who cannot escape from something that is scary or frightening may develop fear-based aggression. The signs may start out very mild such as flattened ears, tucked tail, and crouched posture. More intense stimuli may increase the severity of signs, and so these cats may start to hiss or spit and swat or scratch with their front paws.

Some cats may be genetically predisposed to fear-based aggression. Other cats learn from previous experiences or may be influenced by factors in their environment. To help with fear-based aggression, you can choose to eliminate the stressor altogether. However, if this is not possible, training can help change this behavior.

Redirected aggression occurs when a cat is agitated by someone or something that he cannot reach so he directs the aggressive behavior towards a person or an animal that is nearby. The redirect could occur right away or some hours later.

An example of redirected aggression is when a cat sees another cat or a different animal outside of the window. He may feel threatened but cannot interact with that animal because of the window, and so he channels this aggression into the attacking of another pet or person in the household.

An aggressor cat might not have a specific reason for bullying the victim cat, although sometimes the aggression occurs due to lack of socialization or because of something unpleasant that happened to the aggressor cat when the victim cat was present. It can happen between cats of different sizes, sexes, and personalities.

Play aggression is usually seen in cats younger than two years of age. It involves some of the mannerisms that are considered predatory such as stalking, pouncing, fighting, attacking, swatting, and biting. This behavior can be directed at other animals but is mostly directed at people. It is especially likely if the cat was weaned too early or orphaned as a kitten.

Encouraging this kind of rough play can contribute to continued behavior that often intensifies. If your cat exhibits play or predatory aggression, stop play immediately if it gets too rough, especially when your cat is the one who initiated play. By initiating play yourself and keeping boundaries, you minimize this kind of aggression. If it is difficult to stop play, try making hissing sounds or use a deterrent like a spray bottle. Keep a variety of toys handy for safe play, and keep a journal that notes the times of day where aggression is at its most intense.

Cats can become aggressive when they feel that their home or neighborhood has been invaded. This kind of aggression is mostly targeted at other cats but can be directed at other animals and people in some cases. A cat may start to rub his chin on things or spray urine in inappropriate areas, all efforts to mark the cat’s territory. Territorial aggression typically manifests when a new cat has entered the home, when a kitten already in the home approaches two years of age, or when there are changes in the home or outdoor environments.

To help avoid this kind of aggression in multi-cat households, make sure to gradually introduce new cats or kittens. It could take days or weeks to adjust. You can also feed the cats separate from one another so that they do not become territorial over feeding dishes. You should also have at least one litter box per cat plus one additional box, e.g. you should have at least three litter boxes if you have two cats.

Sometimes, excessive petting can cause aggression in cats. This may be due to pain or sensitivity like in senior cats who have arthritis, or it may be due excitement or arousal. Static electricity may also be a factor. You might observe tail-twitching, quick biting, and then running away.

How to manage aggression in cats

Calming products such as Feliway

For cats who are generally anxious, calming products can make a big difference. Feliway is a product that contains pheromones similar to the ones produced by a mother cat, so it has a naturally calming effect. Feliway is available in sprays, plug-in diffusers, wipes, and collars. Supplements such as Composure Pro and Zylkene rely on ingredients like tryptophan and alpha-casozepine, respectively, that have naturally calming effects without inducing drowsiness.

Cats can be a little more difficult than dogs when it comes to training and behavior modification, but it is not impossible! Desensitization is a training technique that involves gradual or low levels of exposure to a stressor to the point that the cat does not respond negatively. For example, playing thunder sounds at low volumes for cats with storm phobias and then gradually increasing the volume will help the cat acclimate to the sounds.

Aggression in cats can be frustrating and confusing for owners. In this article, we’ve outlined the different types of aggression and how to manage them. Remember, if your plan isn’t working or your cat is displaying particularly severe behaviors, it’s always best to consult with a veterinarian. If a cat’s aggression and anxiety are so severe that they cannot learn or be trained, anxiety medication may be necessary to help relax the cat. Thanks for reading and stay tuned for more helpful tips on training your cat the right way!

Enjoy the benefits of a feathered friend who is happy, healthy and content. If you own...
Previous article
Why Does My Dog Eat Poop?
Next article
How Can I Help my Aggressive Dog?