The critical puppy socialization period between 3 – 12 weeks of age is a time of rapid learning. A puppy not exposed to sufficient experiences, people, other animals and noises during this time is unfortunately destined for a lifetime of fear and sometimes aggression problems. A recent study notes the difference between puppies from pet shops and breeders and the behavioral impact of poor socialization.

Vets and trainers have long suspected that puppies that were poorly socialized due to coming from a background of intensive breeding may have long-lasting psychological effects. Now some concrete research shows us that in fact those first 5 or so weeks before you adopt your puppy have a significant bearing on whether your dog will develop behavioral problems later on.

An article published in the Journal of the American Veterinary Medical Association compared the behavior of 413 puppies from pet stores compared to those from breeders. Generally speaking pet stores support high-intensity facilities commonly known as puppy farms. These facilities breed large numbers of dogs, usually in tiny cages and the puppies receive little human contact.

Dogs are an incredibly social species and like humans they have critical stages in their development. Humans that are not touched, comforted and held at certain stages are often psychologically damaged, no matter what help they receive later in life. Dogs have a socialization period that starts at 3 weeks and ends at approximately 12 weeks of age. During this period they learn about their environment and if during this time they are not exposed to a variety of people, other animals , social situations, noises and different stimuli they will often be fearful, anxious or aggressive later in life.

Because most puppies are adopted at around 8 weeks of age, 5 weeks has already been lost for socialization. Usually a breeder would provide socialization for their dogs through normal interaction with the family. The puppies that come from intensive breeding puppy farms and then end up in pet stores, may then spend a couple of weeks in a display cage, where again they are very isolated. This obviously does little to prepare them for living with a family that may have kids, other pets, may be noisy and will be full of experiences they have never had before.

The JAVMA paper above showed that those puppies that came from pet shops were three times as likely to show aggression problems, compared to puppies from breeders. They were also more likely to show fear towards other dogs, unfamiliar situations and were more sensitive. Unfortunately aggression and fear-based behavioral problems are the most difficult to manage and contribute to the large numbers of dogs euthanized or surrendered each year. So what is the solution? Avoid buying puppies from pet stores and do your research before you buy a dog through online sites like Craigslist or Gumtree. If there is no demand for puppy farmed dogs and less impulse buying, perhaps in years to come puppy farms will be a thing of the past, as will behavior problems due to poor socialization. 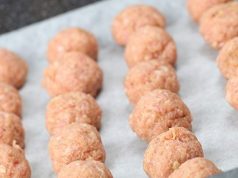 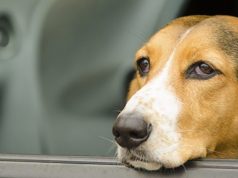 Choosing the Right Car Restraint for Your Dog 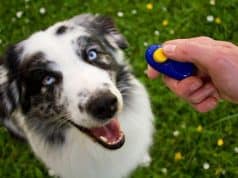 VetBabble is a site run by veterinarians to provide helpful, fun and reliable information for pets. We enjoy helping animals and technology. VetBabble is a place for other pet lovers to share our enjoyment and make lives better for everyone by helping pets.
Contact us: [email protected]bble.com
© VetBabble - Pet Info from Pet Experts