How Can I Help my Aggressive Dog? 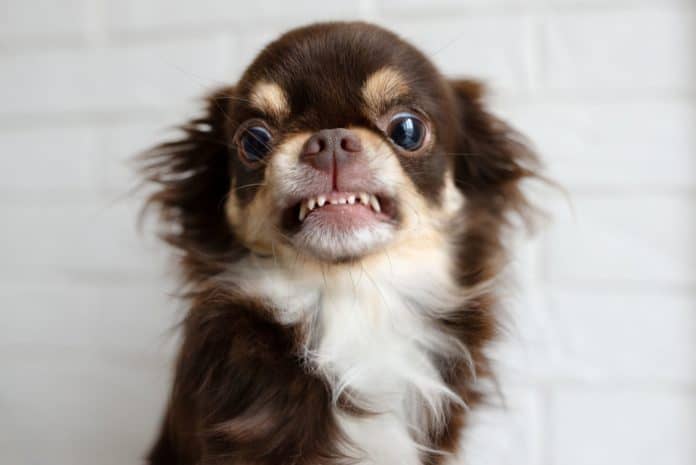 Do you have a dog that seems to be aggressive for no reason? Are you at your wit’s end trying to figure out what to do? You’re not alone. Many owners find themselves struggling with an aggressive dog. But don’t worry, there are plenty of things you can do to help your pup. In this post, we’ll discuss the different types of aggression and what you can do to address them. So, whether your dog is growling, biting or just being generally disobedient, keep reading for some helpful tips.

Aggression is one of the worst behaviors that a dog can experience. Not only does it indicate that a dog is stressed or anxious in some way, it also puts a tremendous strain on his interactions with family, friends, and in some cases, veterinary staff. Aggression is a common behavioral issue in dogs and can become quite serious, very quickly.

Dog owners with aggressive dogs often ask why their dog is being aggressive all of a sudden and how their beloved dog’s aggression can be stopped? An aggressive dog can be cured but it will take work from both the dog and the owner, and in some cases professional help.

In this article we outline exactly what aggression is when it comes to dogs, we also summarise the different types of aggression and we provide some vet-approved tips for helping to manage aggression in your dog. Let’s go!

What is aggression in dogs all about?

Aggression is a type of behavior that is exhibited by dogs for multiple different reasons. For example, dogs who feel threatened or feel the need to protect themselves or their family may show signs of aggression.

Signs of aggression can appear subtle or mild but can quickly intensify, so it is important to pay attention when these milder signs appear.

Some of the signs that indicate anxiety or nervousness can also be precursors to aggression. Dogs can become very stiff or still and keep their ears back and down. 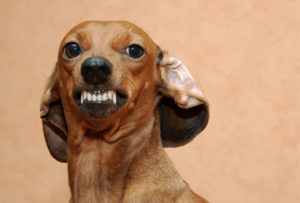 As this progresses, aggressive dogs may show their teeth and growl or bark in a threatening manner.

Some will lunge at the person or try to bite. Even the kind of gentle nip that doesn’t leave a mark is considered a sign of aggression. 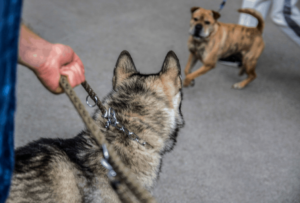 Possessive aggression can affect both puppies and adult dogs. It occurs when a dog covets something like their food bowl or a toy or a bed. Dogs will display signs of aggression as a person or another animal gets closer to the coveted item.

These types of aggression are related to the pack mentality that dogs have, and they stem from their wolf and coyote relatives. Like their canine cousins, a dog may try to attack a stranger to the home in an effort to protect home and family. If there are vulnerable pack members, like when a mother dog has new puppies, a dog may display aggression where they have not previously done so.

Predatory behaviors like stalking and chasing are common in dogs, especially young ones, and it is similar to the behaviors of their wolfy relatives. While chasing toys or fast-moving things might be fun and harmless, dogs with predatory aggression might chase and kill small prey. It occurs very quickly and often without warning, but it’s very rarely directed at other dogs and people.

Redirected aggression is when a dog becomes triggered by something and then redirects their aggression towards someone else. This usually occurs when a person tries to break up a fight between dogs – the person ends up getting bitten in the process. Another example is when a dog sees another dog or person outside the window but cannot act upon his impulse so he might take it out on someone else in the home. 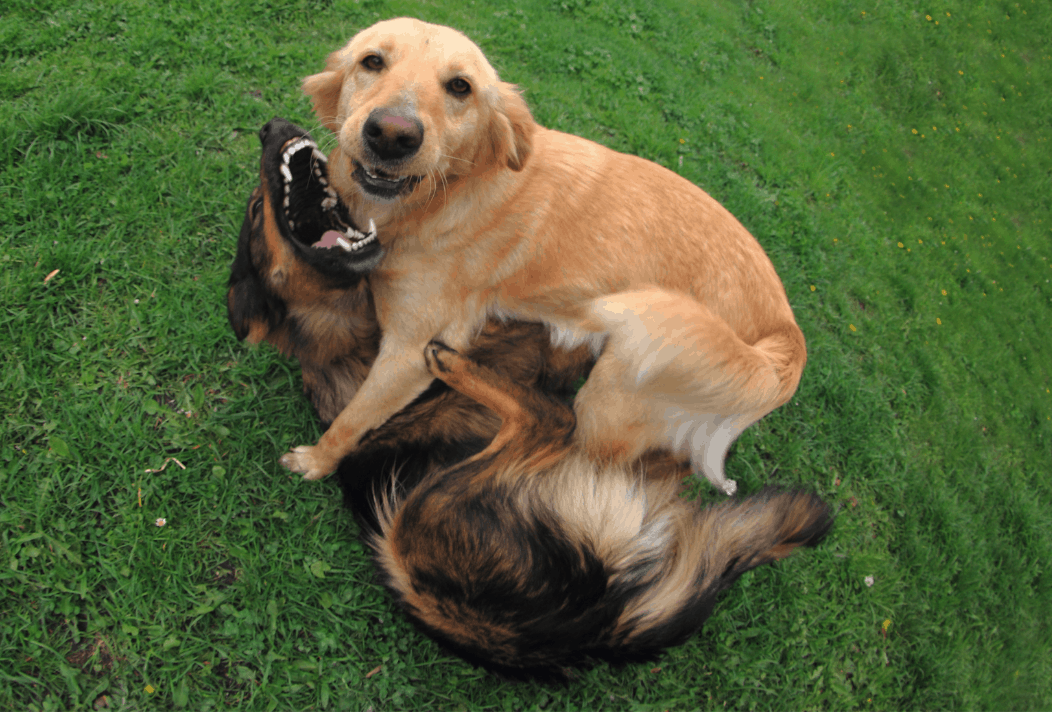 Many dogs with social aggression see the household as a hierarchy with certain family members or other dogs in a lesser position, and the aggressive dog may think of himself as most important. As such, he is the first to be fed, the first to get treats, the first to go outside, and so on. He may also get the best places to sleep like in a dog bed or on the couch. If another dog or person oversteps these boundaries, the dog with social aggression will act on it.

While it is possible for spayed and neutered dogs to experience sex-related aggression, it is more common in intact dogs. Male dogs might become aggressive towards one another when there is a female dog in heat, or two intact female dogs might fight if there is an intact male nearby.

Like humans, dogs have a similar “fight or flight” response to stressful or scary situations. If a dog cannot run from the situation, they will feel like they need to fight. Dogs with fear aggression may cower and growl but often do not strike first. If they do, it is usually as the person or other animal turns away.

Defensive aggression is similar to fear aggression, but instead of staying in a fearful or cowering posture, the defensive dog might strike first. They are less likely to bite or lunge as the threat moves away.

Tips on managing aggression in dogs

Calming products such as DAP

Calming products can help dogs with fear and anxiety. DAP products contain dog-appeasing pheromones similar to the ones produced by a nursing mother dog, so they have a naturally calming effect. DAP and similar calming products are available in sprays, plug-in diffusers, wipes, and collars. Supplements such as Composure Pro and Zylkene rely on ingredients like tryptophan and alpha-casozepine, respectively, that have naturally calming effects without inducing drowsiness.  There are some great products on Chewy that you can check out here.

Training and behavior modification are extremely important when it comes to addressing aggressive behavior. Desensitization is a training technique that involves gradual or low levels of exposure to a stressor to the point that the cat does not respond negatively. For example, playing thunder sounds at low volumes for dogs with storm phobias and then gradually increasing the volume will help the dog react less intensely.

Training can help with many problems. However, remember to keep in mind that dog owners can easily make mistakes when it comes to training. It’s important to contact your veterinarian or a veterinary behaviorist if training isn’t working for your aggressive dog. Even though the aggression may seem slight to begin with, it doesn’t take much for it to cross into dangerous territory for your family and for your best friend.

If your dog’s aggression and anxiety are so severe that they cannot learn or be trained, anxiety medication may be necessary to help relax them. Keep in mind that spaying and neutering may help, especially if the dog’s aggression is sex-related. A quick and easy procedure performed by your local vet!

5 Rules to Follow When Searching for the Best Puppy Food

Enjoy the benefits of a feathered friend who is happy, healthy and content. If you own...
Previous articleWhy is my Cat Aggressive and What Should I do?
Next articleHow do I Care for a Gerbil?