Benadryl Safety and Usage for Dogs

If you have a medicine cabinet or first aid box, you probably have a combination of over-the-counter medications such as pain relievers, bandages, and topical ointments.

When it comes to allergies and insect bites or stings, antihistamines like Benadryl are commonly used because they can provide itch relief or can help with sneezing and a runny nose. But what is an antihistamine, and is Benadryl something that you can give to your dog?

Benadryl is the trade name for a commonly used medication called diphenhydramine, which is a first-generation antihistamine drug. Antihistamines are medications that block histamine from binding to cells, and they also block acetylcholine.

Histamines are chemical compounds released by cells in order to get rid of outside invaders like allergens. Acetylcholine is one of the most important neurotransmitters in the nervous system which helps tell the body to do things like move the muscles or communicate with the brain.

When Benadryl acts on the histamine H1 receptor, it blocks histamines. Since histamines cause itchiness, itchiness is relieved when histamines are blocked. When acetylcholine is blocked by Benadryl, it causes a runny nose and watery eyes to dry up.

Benadryl is considered a first-generation antihistamine which means that it crosses the blood-brain barrier or BBB. The BBB is a series of blood vessels that act as a gate which prevents certain substances from going to the brain. So, when Benadryl crosses the BBB, it acts on central H1 receptors which cause sleepiness. In humans, this can also have a relaxing effect.

When is Benadryl used?

In human medicine, Benadryl is used when allergies flare up due to things like pollen, weeds, and pet dander. If contact allergies cause itchiness, a skin rash, or hives, Benadryl can provide relief in both oral and topical formulations.

Benadryl can also be used in emergency medicine when a patient is having a severe allergic or anaphylactic reaction. Veterinarians also use Benadryl in these situations and will give it along with other medications such as epinephrine if anaphylaxis is occurring.

Because of its effects on the brain, people can take Benadryl to help them sleep or relax. It is commonly sold as an over-the-counter sleep aid. The trade name may change, but it will usually have the same active ingredient as Benadryl.

Is Benadryl safe to give to my dog?

Benadryl is relatively safe for dogs to take.

It is important to ask your veterinarian before giving it to your pup because your vet can give you an accurate and safe dose. If a dog is overdosed on Benadryl, it can cause severe depression and even death from respiratory failure.

Your vet may prescribe Benadryl for your itchy dog. In an injectable form, Benadryl can be given prior to vaccines to help lessen the chance of a vaccine reaction, and it can be used in an emergency situation if anaphylaxis is suspected. Hives from contact allergies can be itchy and uncomfortable, and Benadryl can help with this. In some cases, it can be prescribed for vomiting and motion sickness. However, Benadryl may not be as effective as other anti-nausea medications on the market.

Benadryl usage is contraindicated when other sedatives are being utilized. It should be used with caution in dogs with glaucoma, prostatic hypertrophy, chronic obstructive pulmonary disease, heart disease, and high blood pressure.

There are no scientific studies that clarify the best Benadryl dosing information for dogs, and so we rely on anecdotal evidence for off-label usage in our patients. When given orally, Benadryl should be dosed at 2 to 4 milligrams per kilogram of body weight. This formula works out to about 1 milligram per pound of body weight. It is always better to start with lower doses, and these can be repeated every eight to twelve hours.

Keep in mind that Benadryl works better before an allergic reaction occurs. If given regularly, Benadryl is more effective at keeping allergies at bay. If excessive drooling or lethargy occur after giving Benadryl to your dog, consult your veterinarian right away!

What are some alternatives to Benadryl?

It is always best to talk to your veterinarian for additional recommendations. If Benadryl doesn’t help your pup, other antihistamines like Claritin (loratidine) or Zyrtec (cetirizine) may be more effective. They are also newer-generation antihistamines which means that they have non-drowsy formulations. For severe upper respiratory issues, your vet may prescribe medications that help to open up airways and dry up secretions.

For skin issues, topical therapies may yield better results than oral antihistamines like Benadryl. When pets have skin infections, it can negatively affect your pet’s response to Benadryl because it won’t address the source of the itchiness. Some dogs may need additional therapies like oral or topical antibiotics, medicated shampoos and sprays, and stronger anti-itch medications like corticosteroids.

Benadryl is used for both humans and pets! 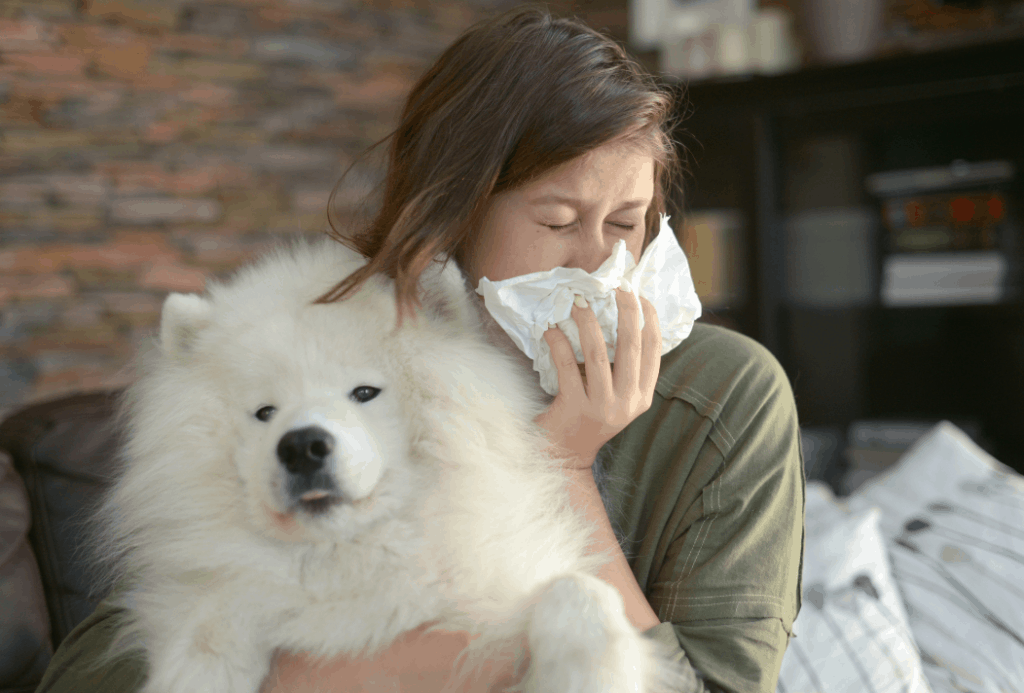 Benadryl is an effective antihistamine that has a wide array of usage in both human and veterinary medicine. It is relatively safe to give to dogs but does have some contraindications and scenarios where you must be cautious when giving it to your pup. If you would like to give Benadryl to your canine companion, it is best to ask your veterinarian first.

Does My Dog Have Bladder Stones?

Enjoy the benefits of a feathered friend who is happy, healthy and content. If you own...
Previous article
How to Stop Your Dog Jumping on Guests
Next article
Egg and Potato Diet