10 Foods You Should Never Give to Your Dog 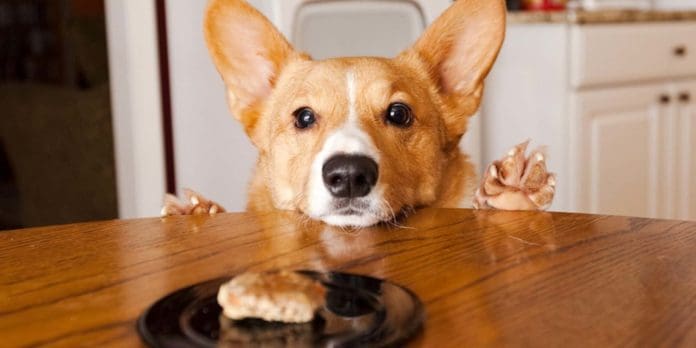 Our loyal canine companions often have way of being totally irresistible when it comes to food and it is difficult to ignore them. Treating your dog to a little snack of human food may seem kind and is often tempting, especially when they give you a longing look. However, there are some foods that are bad for dogs and can even be toxic and poisonous, so these should be avoided at all costs.

If your dog does eat one of these foods, especially in a large amount consult a veterinarian immediately. The important thing to remember is that the toxic effects of many of these foods can be reduced if treated soon enough. This is not an exhaustive list but the most common foods that are bad for dogs are:

Chocolate is one of the most common foods which dogs get hold of by accident. It is found in many different forms, some with a higher cocoa content than others.

Generally the healthier, therefore, the less sweetened and darker chocolate is, the more dangerous it is for dogs. This is because the compound responsible for causing its nasty effects is found in higher concentrations in darker chocolates. Although a tiny amount is unlikely to cause any side effects, it can cause serious problems if a pup eats large amounts.

Even though your dog may seem fine after eating grapes or their dried versions you should rush it to a vet immediately to try and reduce side effects. Small quantities can be extremely toxic and effects can vary between dogs. If left untreated kidney failure may develop a few days after the dog has eaten them and if left this long consequences can be more severe.

It is important to remember that grapes, raisins, currents and sultanas are often found in less obvious forms such as cakes, puddings, breads, sauces and juices so be sure you know what is in something before sharing it with your doggy friend.

Caffeine is found more and more frequently in numerous foods, diet supplements and drinks. However, coffee and tea are the most common sources of this poisonous food.

Problems are most likely to be caused if your pup gets hold of ground coffee or tea bags as opposed to a cup of tea or coffee. Extreme care should be taken with energy drinks or diet supplements as these contain caffeine in a much more concentrated form, which can have even worse effects.

Caffeine contains a compound which is similar to the one found in chocolate that makes it toxic.

Onion, garlic, leeks and chives can be raw but are also found in many different prepared foods, where they are less apparent, such as soups, stews and pies. We often don’t even think about if a food contains these ingredients; so take time to think about the ingredients in a food before treating your dog to a taste.

Garlic is around five times as strong as onions and their toxic effects are created by the damage they do to red blood cells, causing anemia in addition to digestive upsets.

Xylitol is a sweetener that is found in many different foods, such as chewing gum, sweets, mints, desserts, toothpastes and other sugar free items. Xylitol is a naturally occurring sweetener, which is sugar free.

Only a tiny amount of xylitol is needed to produce serious side effects in dogs. In around 10-15 minutes only a small quantity causes a dangerously low blood sugar level. If a dog eats larger amounts liver damage and liver failure occur.

Treatment must be intensive and as quick as possible if it is going to be successful, so don’t hesitate to rush your dog to your vet if it gets hold of anything containing xylitol. Blood analysis should be used to evaluate how your dogs liver is working a few days after treatment to check for any permanent damage, although the risk of this depends on how much xylitol the dog ate.

Macadamia nuts have been identified as a toxic food for dogs more recently. The symptoms a dog can suffer if it eats macadamia nuts depend on the amount it eats.

The exact mechanism that causes the toxic effects of macadamia nuts is still unknown but it is thought to affect nerve function, particularly the nerves that control movement and the effects of this are usually seen in the back legs first.

Although you probably wouldn’t feed macadamia nuts to your dog intentionally beware that they can be hidden in foods such as cookies or cakes.

Despite the fact the majority of dog owners are aware that drinking alcohol in its is probably not a good idea for dogs, it is also found in other less obvious foods such as in cakes, or desserts such as fruit salads, trifles, soaked fruits, unbaked bread dough which can ferment in the stomach producing alcohol, and also in some other savory dishes.

Dogs are more sensitive to alcohol than humans; so smaller amounts can cause side effects in dogs. Alcohol causes blood sugar to drop to critically low levels and also affects blood pressure and body temperature.

Other Foods That Are Bad for Dogs

There are also some foods which are bad for dogs, not because they are poisonous, but because they can cause blockages or simply tummy upsets. Some of these foods include:
Corn on the cob and avocado pits – Both of these can block the intestine, and often require surgery to remove them, or they can cause death.
Milk and dairy – Although milk and dairy are not poisonous and small amounts probably won’t hurt it is best to avoid them as they can cause stomach upsets, and these are never pleasant to deal with!
Black pepper and other peppers – These contain a compound that can upset the digestive system, so it is best to avoid them.
Apple seeds and fruit pits – When they are digested seeds and pits can release the chemical cyanide, which is toxic. A dog would usually have to eat a lot of seeds or pits to be affected, but it is worth knowing about.

Foods That Are Good for Your Dog

Despite having to watch out for these foods there are plenty of other foods that are safe to feed your dog. These include:
Protein sources such as cooked lean meats and fish.
Carbohydrate sources such as cooked rice, potatoes and other grains.
Many fruits and cooked vegetables but take care to remove seeds and pits from fruits such as apples, apricots and peaches as these can be toxic.

Above all it is important to remember that if you accidentally feed your dog any one of these foods or it gets hold of any them on its own, then acting quickly and seeking veterinary attention is the best way to prevent lasting side effects or more serious consequences.

Great Routines for the Average Dog

Enjoy the benefits of a feathered friend who is happy, healthy and content. If you own...
Previous articleExercise & Toys for Birds
Next articleDo Dogs and Cats Enjoy TV?