7 Health Benefits of Owning a Cat 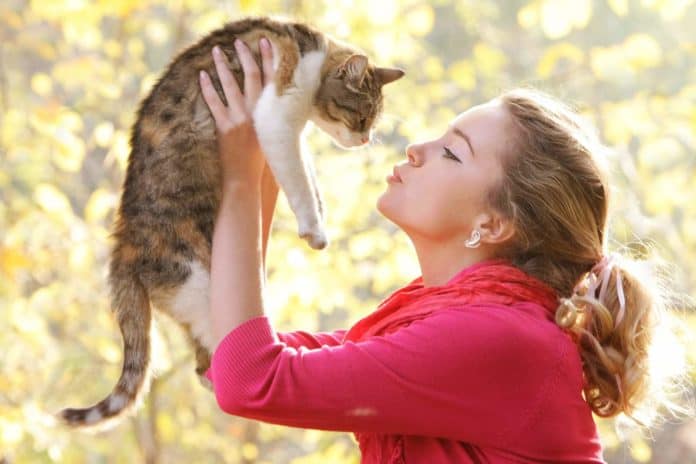 Sometimes we know instinctively when something is good for us, like owning a cat or eating chocolate (OK, perhaps chocolate isn’t the best example!) So it’s especially pleasing when science agrees with what we already know and says “Yep, cats are good for us.”

But what we probably aren’t pre-paw-ed for is just how much cat ownership benefits our mental and physical health. From improved survival after a heart attack to men becoming more attractive to women, owning a cat can make a material difference to your life. So let’s look at just how much good those ankle-rubbing, purr-machines do for us two-leggers.

Imagine a global pharmaceutical company developed a new drug that meant you were 30% less likely to die of a heart attack. That drug would be BIG news and make the company millions if not billions of dollars.

The truth is that ‘drug’ already exists and you don’t need a prescription. Cats.

The University of Minnesota analyzed data that showed cat owners were 30 – 40 % less likely to die of a heart attack than matched group of people that didn’t own a cat.  Indeed, of those folk that had already suffered a heart attack and recovered, 28% of non-pet owners died before the year was out, whereas only 3% of pet owners died within 12 months.

Owning a cat reduces the risk of having a stroke, as petting and soothing a cat reduces blood pressure. In one study people had their blood pressure measured whilst performing a stressful task, such as speaking in public. They then repeated the task but in the presence of their cat. The results showed that having the company of the cat kept blood pressure normal, despite being subject to stress.

But the benefits of stroking don’t end there because it also reduces blood triglyceride and cholesterol levels, both of which are recognized contributors to cardiovascular disease and strokes.

Another benefit of having a feline friend is they reduce stress. Indeed, when scientist measure levels of stress hormones such as adrenaline and cortisol, they are markedly lower among cat owners than non-cat people.

It seems sharing your life with a cat acts as a distraction from the pressures of the outside world. Cats are great listeners and what’s more they don’t pass judgement, which makes them good to talk to. In turn this is linked to a reduced incidence of mental health problems, addictive behavior, and even suicide.

Cats are expert nappers so you think they’d be able to teach us a thing or two about sleep. And it seems they can. Recently the Mayo Clinic Center for Sleep Medicine decided to settle once and for all whether pets in the bedroom are a good or bad thing.

They found that 41% of people found they slept better because of the presence of a pet, while half that number said the pet disturbed them. It’s thought the explanation lies in the sense of companionship and security the presence of a pet provides, which helps us to rest better.

Indeed, gazing on our pet promotes the release of the ‘love’ hormone, oxytocin. (This is the same hormone a nursing mother gives off when she sees her baby.) So having a cat close also helps with feelings of happiness and contentment.

There is such a thing as ‘too clean to be healthy.’ Modern disinfectants and high standards of hygiene mean less exposure to bugs that would otherwise stimulate the immune system. In the absence of a ‘challenge’ the under-worked immune system of a developing child, looks for something else to cut its teeth on…and allergies develop.

The presence of a pet in the house can change all this. Cat dander, whilst no unhealthy in itself, provides a first class work out for the immune system, which in turn means it’s got less time on its hands to waste on allergic reactions, including those that trigger asthma.

The National Institute of Health went so far as to issue a statement saying the children under the age of one, who spent time with a cat, were less likely to go on and develop common allergies to pollens (hay fever) and dust mites. It should however be noted that once a child already has allergies, then the pet’s presence is not so helpful.

Cats are by nature solitary animals but with sociable tendencies. This is ironic because they also help people who live alone, feel less isolated. Owning a cat in some way compensates for the absence of a human companion, and reduces feelings of isolation. Also, cats help people to mix as chatting about their cat is a great ice breaker in a social situation.

Another great thing is women find men who own a cat, more attractive than non-cat owning men. It seems the men get to bask in the reflected glory of those most feline of traits, intelligence and sensitivity, which goes down well with the ladies.

If you need yet more reasons before embarking on cat ownership, there are always the bragging rights. Cat owners are more likely to hold a college degree than dog owners, and therefore a higher percentage of cat owners are arguably ‘more intelligent’ (whatever that means!)

However, it’s not feline cunning rubbing off on the people that make them clever, but more the other way round. Those college grads are so busy earning a living to pay off their loans that an independent cat is a better option as a pet than a dog which needs regular walks.

And last but not least, let’s end with a final piece of good news. Those that own a cat make fewer visits to the doctor each year, than non-cat owners. Sounds to us like the purr-fect reason to commit to a feline companion!

Bringing Home a New Cat : Tips to be Prepared

Why Do Cats Go to People Who Don’t Like Cats?

Enjoy the benefits of a feathered friend who is happy, healthy and content. If you own...
Previous articleNo Free Lunches – Simple Tips for Good Behavior
Next articleWhat To Do if you See a Tick