While it is not unheard of to have interspecies friendships, it is an exception and it is generally considered unsafe to house your ferret with other species unsupervised.

Are ferrets suitable for home with other pets? It’s a common question and one which deserves careful consideration.

Generally speaking, Ferrets should not be housed with other species and whilst there are always exceptions to the rule, those beautiful pictures of ferrets playing with their kitten best friend are not a true reflection of how ferrets interact with other pets.

Ferrets are ultimately very sociable and should be kept in pairs or groups. They will happily play with each other and amuse you for hours on end playing. Ferrets can often be quite rough at play, but they are also quite small, so this combination makes play with their own species ideal.

Ferrets are carnivorous hunters, so it is unwise to trust them around mice, rabbits, rats or other small pets. Whilst ferrets may interact well if supervised, the risk will always there that they will one day act on their instincts regardless of supervision, leaving you in a sad and difficult situation.

Don’t be fooled by your small pet’s size relative to a ferret, they can still be injured by a determined ferret. For example, Rabbits are not hunters and their main form of defence is to run and hide. This defence mechanism not only puts your pet rabbit at risk of injury or escape, it is also a relatively poor match for a hunting ferret. Especially given that ferrets are often used to hunt rabbits!!

Ideally, ferrets should not be kept at home with other small pets unless they are clearly separated and reside in a ferret proof part of your home. For example, rabbits kept outdoors in a hutch would be compatible with a house bound ferret.

Cats and dogs are more likely to hurt your ferret than vice versa.

Cats are often surprised by how socially aggressive a ferret is. Ferrets have little awareness of their small stature and will bound up to a cat, which usually causes the cat to recoil and go away to rethink the situation. Cats rarely bowl into a fight without considering their options and the likelihood of injury, but were they to decide the risks were worth it, their sharp teeth and claws could easily injure a ferret and the ferret would likely get some good nips in too. That being said the most common friendship for ferrets is seen with cats, however its imperative to NEVER leave them alone unsupervised and ALWAYS watch play, if it gets too rough you will need to intervene.

Dogs will often treat ferrets like a squeak toy and due to their size advantage even gentle play could cause your ferret serious injury. However, depending on the personality and temperament of your dog, they may be taught to leave them alone altogether. In this case you need to be on the ball and if your ferret and dog start looking to play with each other you need to separate them. As we said, ferrets forget their size and will quite happily walk up to your dog jump on their back and bite them on the scruff and try shake them like they would any other ferret. All it takes if for your dog to shake them off to injure your ferret!

While it is possible to have a house full of different pets that get along fine, you need to be careful when it comes to your ferret and make sure those play sessions are closely supervised if cats and dogs are around unless you are planning on unexpected trips to the Vet. And finally, never leave your ferret unaccompanied with another smaller species of animal, even for a short time. 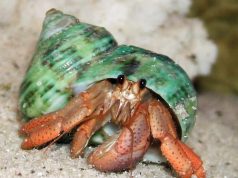 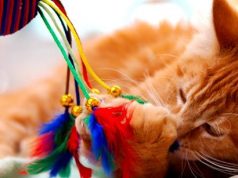 Choosing Soft Toys That Are Safe For Your Pet 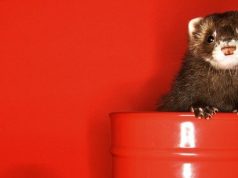 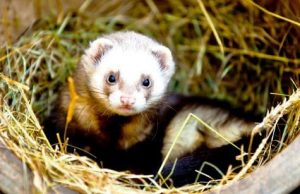