Does your dog have urinary accidents in the house?

Or perhaps he pesters to go out, more than he used to?

Both of these are hints your dog needs to pee more, probably because he’s drinking more water. Sometimes it’s easier to spot these clues than it is to monitor the water bowl, especially if you have several dogs all sharing the same facilities.

If your dog is drinking more, should you be worried?

There are times when thirst is normal and healthy. These are:

For example, water makes up to 75% of the ingredients in canned dog food. Whereas in dry dog kibble this is more like 6 – 10%. Change from canned dinners to dry kibble and your dog needs to drink more in order to rehydrate the food in his stomach and replace the missing water.

As long as the dog is otherwise healthy and doesn’t have any other symptoms such as sickness, lethargy, or diarrhea, then this simple explanation is likely. However, a word of caution. The dog only drinks enough to hydrate himself, so if you’ve switched diets and the dog is having urinary accidents, then things are more complicated and a vet visit is in order.

The Heat is On

Likewise, for hot weather. Since dogs don’t sweat, their main way to lose heat is by panting. The evaporation of saliva from the tongue helps cool the dog – a form of canine air-con! But this means the dog gets through a lot of water, and if it’s not replaced he’ll become dehydrated. Hence, he drinks more.

The same proviso holds true. As long as the dog is otherwise well, eating normally, and showing the same enthusiasm for life, then it’s likely the heat is the explanation. Although, it should be said dogs do also get sick in hot weather, so if in doubt get a vet checkup.

Why Does My Dog Drink More?

The body is a wonderful thing. When part is off-balance, the body makes adjustments to put things right. A bit like a thermostat on a central heating system, if something rises above the preset level, mechanisms swing into action to bring it back to normal.

For example, when the kidneys aren’t working efficiently, there’s a rise in natural toxins in the bloodstream. To ‘reset’ these levels, the dog drinks more water in order to flush the toxins out of the system.

Another example is the dog with sugar diabetes. When sugar spills out of the circulation and into urine, it drags water with it. With the body losing water to urine, it needs to be replaced, so the dog drinks more.

But rather than look at the mechanics of thirst, let’s consider the common reasons for a dog to be thirsty.

Common Causes of Thirst in Dogs

Drinking more can be an early clue that your dog has a health problem. Here are the sorts of problems your vet will weigh up. After taking a history and examining the dog, the vet may then run blood and urine tests to check out their suspicions and reach a diagnosis.

Diabetes is the result of a mismatch of insulin to blood sugar. The levels of glucose rise in the bloodstream, whilst the cells struggle to absorb enough sugar to power them. Clues that a dog has diabetes include:

In addition certain breeds are more likely to get diabetes than others, with the individuals at most risk being overweight entire female dogs. The list of ‘at risk’ breeds is a long one but includes dachshunds, keeshonds, Samoyed, Tibetan terrier, Cairn terrier, poodle, miniature schnauzer, beagle, West Highland white terrier, Border collie, and Cavalier King Charles spaniel.

Diabetes therapy requires insulin injections, along with careful management of the dog’s diet.

The signs of liver disease can be quite vague, and include:

The important thing is to get the dog seen by a vet who can make a diagnosis and put supportive care in place. To speed the diagnosis along, take a urine sample to the consultation.

Kidney disease is not as common in the dog as in the cat. Similar to liver disease, the signs are often vague and non-specific including thirst, weight loss, poor appetite, and bad breath.

Older female dogs with a womb are at risk of infection within the womb. When pus builds up inside the uterus, the condition is known as pyometra. These dogs quickly become toxic and left untreated the condition is life-threatening.

The warning signs your dog may have a pyometra include:

See the vet as a matter of urgency, since surgery, intravenous fluids, and antibiotics are often needed

Common in senior dogs, Cushing’s disease occurs when the body produces too much natural steroid. This acts on the body in the same way that steroid tablets do and in the long term causes:

Cushing’s disease tends to develop slowly, and because of this the symptoms are sometimes written off as old age. However, with treatment, many of the signs are reversible and your dog can recover his mojo.

Whilst thirst does not occur with all cancers, it can be an important clue in some cases. The thirst is down to a chain reaction within the body that ends by triggering the thirst center. Your vet may find some evidence to back this up on blood tests, and need to use imaging such as x-rays, an ultrasound or MRI scan to find the actual tumor.

Some medications list thirst as a side effect. The most well-known of these are steroids, which can make a dog extremely thirsty, to the point of losing control of his bladder. Dogs on certain heart medications, such as diuretics, may also be thirsty.

If your dog is on medication and his thirst is excessive, let the vet know. They may be able to reduce the dose or suggest an alternative medication to bring the problem under control.

Last but not least, dental disease can cause a dog to drink more. This is down to the dog having a horrible taste in his mouth and trying to wash it away! The answer here is straightforward, let your vet clean and polish the teeth so the dog gives sweet kisses and drops the drinking habit!

In short, know excessive thirst is often a clue something is wrong with the dog. Don’t overlook it, but instead seek advice from your vet. 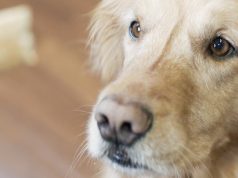 Baking Healthy Treats For Your Pet 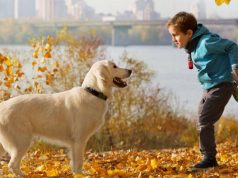 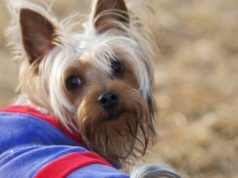 How to Make a No Sew Dog Coat