Home Dogs Q&A What is in a Dog DNA Test?

DNA analysis has revolutionized many things from genetic testing for diseases, what breeds are in a dog, or for dogs to confirm the parents.  So a DNA test for my dog has to be a good thing. Right?

Yes! DNA testing is an amazing tool, but not necessarily all of them are the right one for you. Indeed, when wondering if you should get your dog DNA tested, first you need a firm idea of what you want to find out. This is because different DNA tests look for different things.

For example, you might have heard of DNA profiling as a means of proving your dog’s identity. But this test tells you nothing about the dog’s parentage or any diseases your dog may carry genetically. Alternatively, DNA health screening gives information about the risk of certain genetic diseases but doesn’t tell you if that dog is a Chihuahua or a Great Dane.

Let’s go back to the beginning by asking “What is it I want the DNA test to achieve?” Once you answer this, you can find the right test.

DNA Testing for Dogs: The Options

Let’s get that electron microscope out and look at these more closely.

Think of these DNA tests as the fingerprints of the future. Also known as DNA profiling, this technique analyzes short repeating sequences of DNA that are unique to each individual. This provides irrefutable proof of a dog’s identity.

DNA profiling is most useful when proving ownership of a specific dog. It might be your dog has been stolen and you’ve seen him being walked by someone else who claims to own him. Armed with the relevant certificate and matched with a fresh DNA swab from the dog, this proves you registered this dog’s DNA as the current owner.

The obvious limitation is the DNA profile in no way helps you find the dog when it is lost. The best bet there remains an identichip injected under the dog’s skin with the number registered to the database. This means when he’s picked up and scanned by the dog warden, your details are called up and you can be reunited.

This is another niche test, most relevant to high end breeders with award-winning show dogs. This test gives a ‘Yes / No’ answer about whether DNA from the pup matches up to DNA from the parents. Great if your spending $$$$’s on a rare breed pup and want to be sure you’re not being duped…but otherwise not hugely useful.

Now this is something that intrigues most people about their dog: Exactly what breed is he? This simple DNA test involves purchasing a special swab, rubbing it on the inside of your dog’s cheek, and then sending it for processing.

The lab compares the DNA signature of your dog against a reference database of dog breeds. The report then gives you a percentage breakdown of your dog’s ancestry. Fascinating!

If you decide to do this test, look for the company with the widest database of dog DNA. This allows for the broadest comparison when looking for matches, and a greater depth of detail in the final report.

This is a hugely important area, especially for responsible dog breeders. Much research is ongoing looking for genetic markers that can predict whether a dog carries a certain hereditary disease or not. As more health problems acquire a genetic label, this allows for breeders to only use parents that won’t pass disease onto their pups.

Taken to its ultimate end, DNA health testing and responsible breeding using only healthy parents could eliminate certain heart-breaking conditions such as bone cancer within a few generations. This has to be worth doing, which is why genome research (see below) is so important.

This is active research into the genome (genetic makeup) of every single dog breed. When owners donate their dog’s DNA to research organizations, it furthers research into the mutations on DNA that code for health problems.

Piecing the Puzzle Together

When wondering whether to DNA test your dog, have a clear idea of the type of test you want. It’s no good rocking up at the vet clinic asking for ‘a DNA test’ – that’s about as helpful as asking for a ‘blood test’, because first you need to know what you’re trying to detect.

The options open to you are:

So to ask “Should I get a dog DNA test?” is really asking, “What is it I want to know about my dog?” and then go from there. 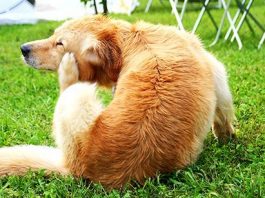 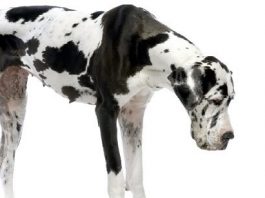 Bloat in Dogs: Is a Preventative Gastropexy the Answer?

ABOUT US
VetBabble is a site run by veterinarians to provide helpful, fun and reliable information for pets. We enjoy helping animals and technology. VetBabble is a place for other pet lovers to share our enjoyment and make lives better for everyone by helping pets.
Contact us: [email protected]
FOLLOW US
© VetBabble - Pet Info from Pet Experts