Is your cat drinking more water than she used too?

If she is, then this could be significant and a chat with your vet is advisable.

The vet-speak term for drinking more is ‘polydipsia’ and the word for peeing-more is ‘polyuria’. There are many reasons a cat may drink and pee more, of which the chart toppers are kidney or liver disease, overactive thyroid glands, and sugar diabetes. But thirst can occur for other reasons, not all of which are worrying.

Cats are secretive about their drinking habits, which means it’s not always obvious when a cat is drinking more. Needing to refill the water bowl regularly is one clue, but the litter box is a bigger one. What goes into the cat must come out, and so large, wet patches in the litter tray bear witness to her thirst.

When Drinking More Is Normal

Have you ever changed your cat’s food, and then been suspicious she is drinking more?

If the menu swap was from canned food to dry kibble, then it’s more than likely she is and you have the explanation right there.

Wet food is often up to 80% water. The feline kidney is super-efficient at recycling water, which means your feline-friend gets her daily water quotient from the wet food. However, dry food – as the name suggests – has most of the moisture removed. Now the cat not only needs to drink her daily water but take in extra water to digest the dry kibble.

Other times when drinking is normal is in hot weather. Although your cat doesn’t sweat (except through her pads) she does lick herself to stay cool. Saliva evaporating from her fur serves a similar function to sweat, in that it cools her skin. But it also leaves her dry mouthed and so she drinks to stay hydrated and to power her inner air-con.

If you aren’t sure if your cat’s thirst is normal or something to worry about, then ponder the following questions:

If there’s no obvious explanation and she isn’t’ quite herself, then a vet checkup is advisable.

How will the vet know what the problem is?

The vet will take a history and examine the cat. Like a giant puzzle, the pieces often point in a specific direction. To pin things down, tests might be in order, such as urine or blood tests.

Many health conditions have thirst as a symptom ranging from fever to kidney disease, overactive thyroid glands to cancer. Many of these can be controlled or treated, so there’s every reason to be proactive and get your feline friend checked out.

Those problems which will be uppermost in the vet’s thinking include:

Your housecat’s ancient ancestors lived in the desert. To cope with the bone-dry conditions, cat kidneys evolved to be super-efficient at recycling moisture from their prey, so they rarely needed to drink.

But when the kidneys get older, infected, or diseased, active functional kidney tissue is replaced by scar tissue. This interferes with how well the kidney filter and she loses more water as urine. The cat now turns to the water bowl in order to drink and replace the lost fluid. And it is the drinking that you see as thirst.

However, spotting these problems early and starting treatment gives the cat an excellent chance of an extended life. With this in mind don’t go into a state of denial, but tackle things head on.

Another very common problem especially with middle-aged to older cats, are overactive thyroid glands. These govern how quickly the body burns calories, and is the equivalent of driving a car with the gas pedal to the floor. Thus the symptoms to look out for include increased hunger, hyperactivity, and thirst.

In this case the thirst comes about because thyroid hormone is a diuretic…or a natural chemical which causes the body to loose water through the kidneys. With excessive water being peed out, the cat must make up the difference by drinking more.

The liver has a lot of jobs to do, many of which include breaking down the waste products of digestion to detox them. When the liver isn’t working properly, natural toxins levels climb in the bloodstream. This triggers messages to the brain which tell the cat to drink more in order to flush and clean the blood.

Liver disease comes in many guises but these are often cats that are lethargic, with poor appetites. Some forms of liver disease are treatable, so again, don’t delay that vet check because you’re worried about the prognosis. The sooner a diagnosis is made, the better the likely outcome.

Diabetes is a condition where the cat’s blood sugar levels run too high. Over a certain level, sugar spills out of the kidney and into the urine. But sugar has an ‘osmotic potential’ which means it pulls water with it, like wasps follow after jam. With fluid lost in the urine, thirst receptors are triggered which encourage the cat to drink more.

Other signs to watch for include weight loss, drinking excessively, and lethargy. Again, treatment is available and the sooner it’s started the less complications the cat is likely to develop.

Certain forms of cancer cause shifts in blood calcium levels or else generate natural chemicals which trigger thirst. What other symptoms the cat has, will depend upon the type of cancer the cat has, for example a bowel cancer may cause sickness or diarrhea.

Knowing a Diagnosis will Help

If your cat is drinking more, the temptation might be to keep the water bowl full and turn a blind eye. Instead, it’s better to seek a veterinarian’s opinion. Early diagnosis of many of these problems which cause thirst in the cat, are amenable to treatment. The soonest that therapy is started, the better the outcome for the cat. 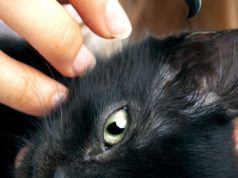 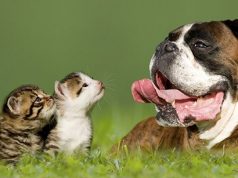 How to Introduce a Cat into a Dog Family 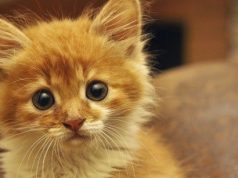